KUBE series: the evolution that has something more!
In addition to the normal temperature control functions, there are several advanced functions:

KR3 has the capability to generate various types of alarms based on the process requirements.

The relative and deviation alarms are “relative” to the operative set point value. 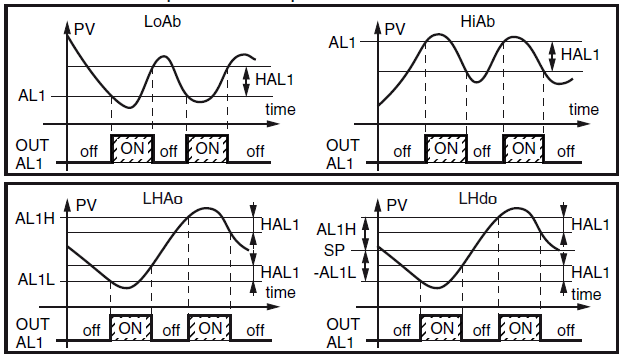 A “Latched alarm” (manual reset) is an alarm that will remain active even if the conditions that generated the alarm no longer persist. Alarm reset can be done only by an external command.

An “Acknowledgeable” alarm is an alarm that can be reset even if the conditions that generated the alarm are still present. Alarm acknowledge can be done only by an external command (button, digital inputs or serial link).

The device can be programmed for 2 control types:

KM1 also has the Fuzzy overshoot control feature that reduces the overshoot usually present at instrument start-up or after a set point change, and by setting a value between 0.00 and 1.00, it is possible to slow down the instrument action during the set point approach.

One control action (heat or cool) 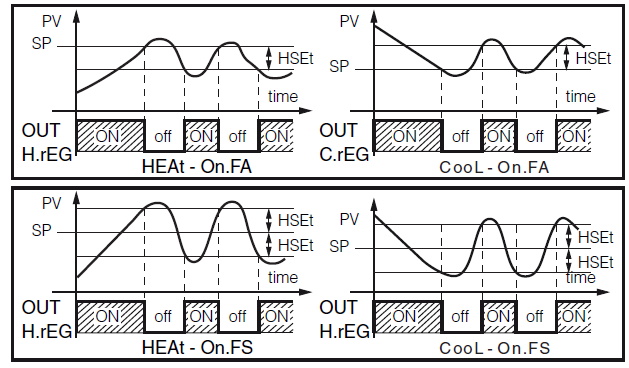 Delayed start at power up with a delay time and a “end of cycle” time.

Asymmetrical oscillator with start in OFF

Asymmetrical oscillator with start in ON

These instruments can perform a set point profile compounded of 4 groups of 2 steps (8 step total).

In addition, each soak is equipped with a waiting band which suspends the time count when the measured value goes out of the defined band (guaranteed soak).

Moreover, for each segment, it is possible to define the status of two events. An event can drive an output and make an action during one or more specific program steps.

Some additional parameters allow defining the time scale, the automatic RUN conditions, and the instrument behavior at the end of the program.

Be the first to review “Controller, programmer with independent timer” Cancel reply

There are no reviews yet. 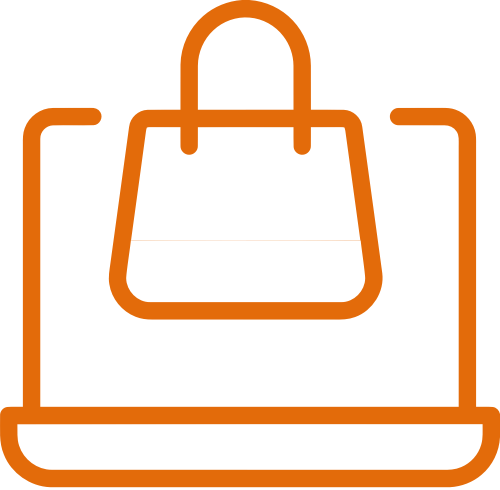 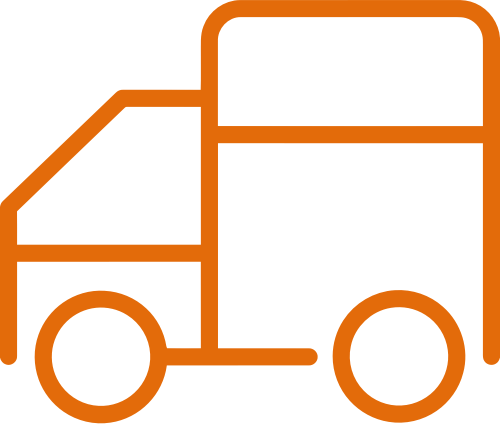 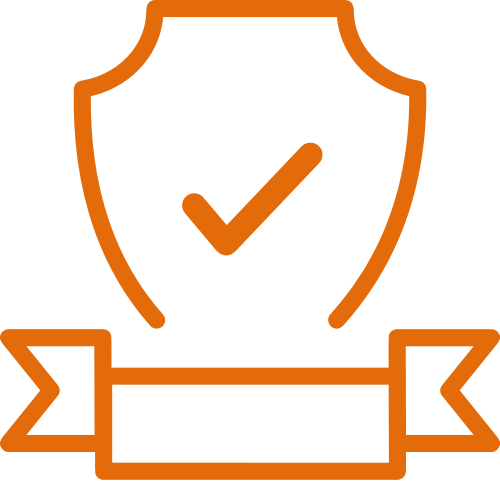 Your partner for
automation technology